Wenden to La Posa Road: a massive breakfast followed by trucks and wind

I am trying to think of something to say that will help her, get her off of this path that is not going to end well... 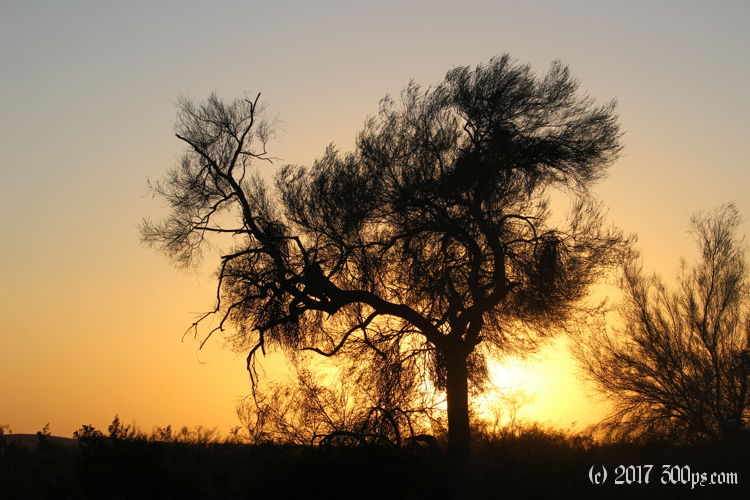 It is downright cold this morning. I lay in the tent waiting for the sun to get over the hills to the east to warm things up a bit before I get packing.

I stop at the first restaurant I come across for breakfast. I have a massive plate of chorizo, scrambled eggs, hash browns, and refried beans. When I'm leaving I hear one of the waitresses say: "I feel like I have a double-neck." I can't help it, I let out a guffaw. I say sorry I've just never heard anyone say that before... She laughs and says have a nice day.

Plenty of time to think on this long, straight road through the desert.

I had some unusual interactions with people in Phoenix. The first week I was there was one of these rare moments in my life when I am accessible. For example I met a woman who is in the process of getting divorced and is in a lot of pain over it. I spent three evenings just listening to her talk, letting her try to work through what happened and what she will do next.

Everywhere I went in Phoenix I struck up conversations with people about motorcycles, travel, religion, or nothing in particular. Some encounters were not quite so innocent. One night I stop at a convenience store around 10pm to get something to drink. I'm outside sitting on my motorcycle drinking my ginger ale when a young woman walks past.

"Are you waiting for someone?"

"Can you give me a ride down the street?"

"Okay", I say, with a moments hesitation.

She hops on. She says: "I stayed in a hotel last night."

"Are you homeless?" We're riding down one of Phoenix' big boulevards, I'm turning my head to talk to her on the back.

"Well I have to get home pretty soon."

"Okay drop me off at the next light."

"Those days are over for me." I'm trying to think of something to say that will help her, get her off this path that's not going to end well, but all I can think of is "be safe". Pretty lame, I know. But I want to get away from her before I'm tempted.

In Bouse I stop to buy a gallon of water and some food for the night. I plan on camping somewhere before Parker. The road turns more and more to the east, and therefore more and more into the teeth of the wind. It's really ripping in the afternoon, I'm not making much progress. The lack of shoulder and the plethora of trucks convince me to start looking for a campsite. The north side of the road is fenced up tight, however. Occasionally I see a cattle gate on the south side. I pick one that leads to a dirt road heading south, unlatch the gate, slip the bike through while holding the chain, relock the gate, all without dropping the bike in the wind. I drag the bike down a wash until I find some trees that will give me shelter and set up camp. It's early but I'm happy to just let the wind blow itself out on its own without me fighting against it.

Noodles for dinner, I've got cell service so I keep myself entertained in the evening surfing the web.