Zecherin to Anklam (via Herring and Wolgast): Along the Baltic Sea 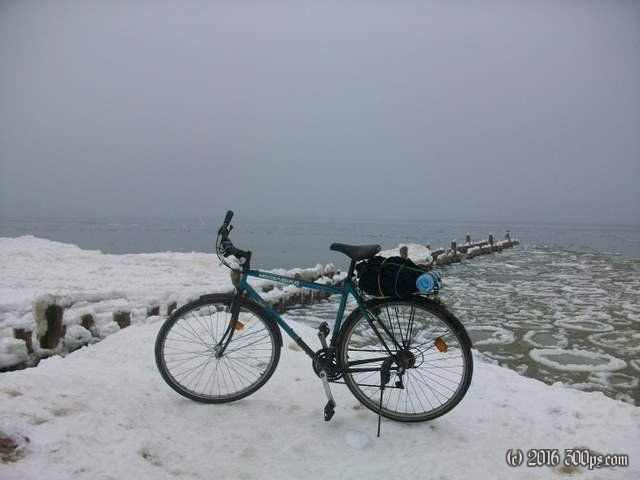 Today is a big loop around the Usedom peninsula. I ride east then north to Herring on the Baltic Sea coast. The town looks like it is a resort area in summer but at this time of year there is not a soul to be found.

It's quite cold but with no wind to speak of it doesn't feel too bad. The beach is covered with huge ice blocks from the frozen sea.

From Herring I start heading west along the coast, which has a bike path as well, but at times it's so slippery I have to get off onto the road in order to make progress. It get's comical: there are stretches where I slip and fall about every 10 meters, particularly if there is any kind of grade on the path.

I ride over the narrow spit of land that connects back to the mainland near Wolgast, then get on the main road down to Anklam. I have to be back in Berlin tonight so I catch a train that takes me right into Berlin. The trains are well set up for bicycles, there is a separate car near the front that has bike racks.

I arrive in Berlin later in the evening. Just a quick ride from the train station to my appartment.