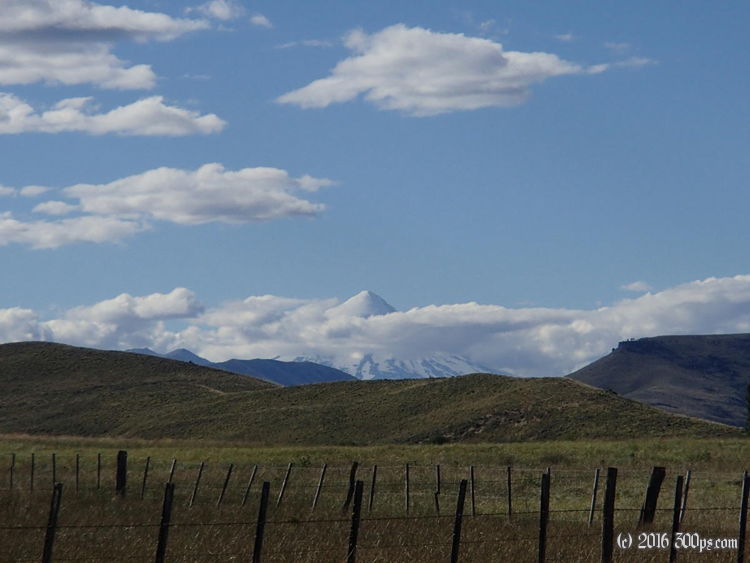 It rained heavily last night but was only cloudy when I got up. There was nice thick grass in the area where I camped so it just soaked up the rain, it didn't even seem wet. The sun came out as I was finishing up my oatmeal. Out on the road it was breezy, which beats windy. I ran into an Argentine cyclist from La Pampa who is on his way to Esquel. The Argentine cyclists I've seen have really cool gear setups; they have to be innovative because it would be prohibitively expensive to deck themselves out in Ortlieb and Long Haul Truckers, assuming they could even get such gear.

The road was up and down until about 20 kilometers from San Martin de los Andes where it became just down. It's a beautiful thing to have a long decent into a city where you know you're going to be hanging out for a while.

I spotted a grocery store while I was wandering around trying to get my bearings. I figured it would be a good idea to stock up because I wasn't sure what the holiday situation would be with the new year. I wasn't the only one who had this idea: the supermarket was a zoo. Particularly the meat counter, this being Argentina and all. Thankfully I wasn't in the market for meat.

Afterwards I went to a café for coffee then a park to make lunch. The sun was beaming and it really felt like summer for the first time on this trip. I asked a cyclist about which way to leave down heading for Junín and he accompanied me until the exit. There were a few stiff climbs out of the city then a 30 km long, slow decent to Junín. When I arrived I grabbed a campsite, 30 pesos, and swam in the river because they said it would be an hour before they had hot water and I didn't feel like waiting. God it was cold. Very refreshing though, and there was strong sun to dry off in afterwards.

The campsite seems to be full of families so I'm hoping for a quiet New Year's Eve. It's a bit of a downer to be alone for the holidays, I felt the same way on Christmas, so I'm retiring early.