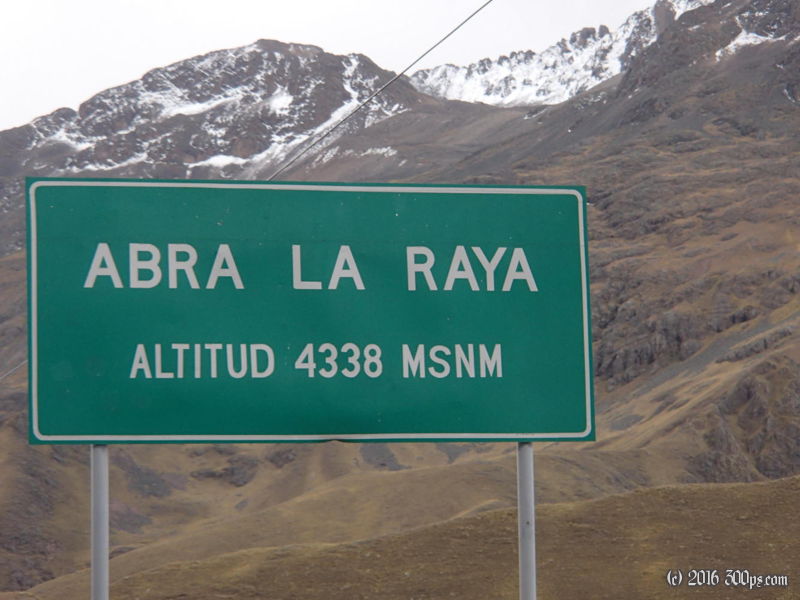 Last night the Argentine motorcyclists and I went for a dinner of chicken and french fries with a healthy dose of conversation about the state of affairs in Argentina at the moment. They trailored their motorcycles from Buenos Aires to Salta, then rode up here on their way to visit Machu Pichu. On the way back to the hospedaje one of them stopped in a liquor store to get some pisco and inside there was a classic scene of two guys passed out drunk with their heads on a table. I wish I had had my camera with me. A fun dinner out in all... I promised them that I would boil water for coffee with my stove at 6am, a decision I regretted when I woke up because I felt desperate to sleep in. Probably better to get an early start though with the early sunset here.

They got on the road at 7, I wasn´t far behind at 7:30. Some people talked to me as I was out on the street, asking me where the bicycle was. I guess they had seen me arrive last night. It was cold and cloudy to start the day but I went with shorts and short gloves hoping it would warm up. It did but it took a while longer than I thought. Late in the morning I came upon a nasty accident scene. An 18-wheeler had hit a smaller truck head-on, the smaller truck was completely destroyed. I looked it up just now in the internet café to find out 7 people were killed.

The road climbed gently to a pass called Abra la Raya listed at 4,335 meters. There were train tracks alongside the road so I figured it wasn´t going to get too steep, and it never did. After the pass came a long descent down to 3,600 meters. I was met with hail and rain as soon as I got over the pass but thankfully it didn´t last long. I coasted most of the descent then decided to get a room in Sicuani as this river canyon is very populated. I haven´t camped in a while, too many people around. At any rate it´s cheap to get rooms, it cost $9 this time with a private bathroom (long shower!).

Dinner of fried rice, some internet time, then I'm off to bed.