Mulegé to Santa Rosalía: Plan B 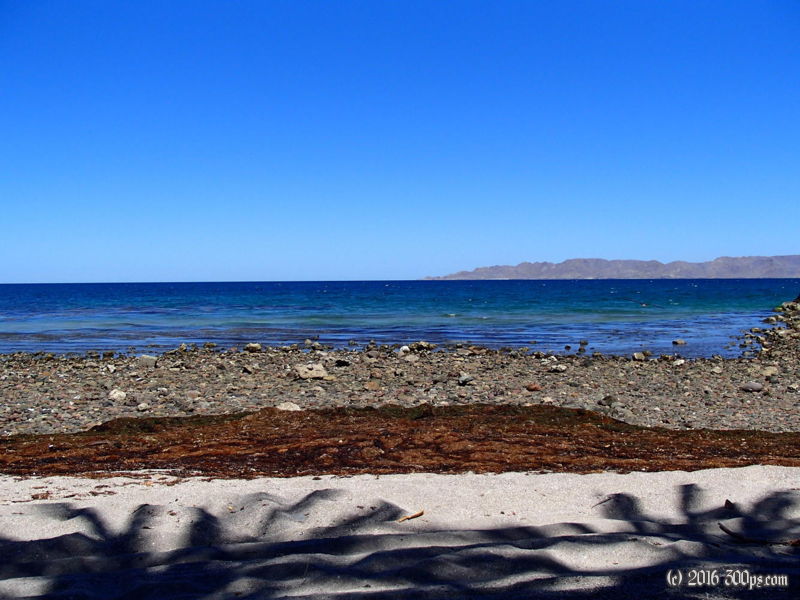 I got out of the tent this morning to find myself face to face with the bumper of a van. The driver came in last night while I was asleep, I had my earplugs in and didn't hear a thing. I asked him what was up with that and he told me that the owner told him to park there. A little too close for my comfort but no big deal.

I took my time getting going, said goodbye to the German motorcyclists, then headed into Mulegé for breakfast. The cook/waitress made a comment about me speaking with Usted, the formal form of "you" in Spanish. I guess it got stuck on me in South America. Except for Argentina most people down there always address strangers with Usted insted of tu or vos. I even met a couple in Colombia who had been married for 15 years yet they still addressed each other as Usted. I guess it grew on me, I kind of like it, it feels right. I can see how it would sound strange to a Mexican waitress in her early 20's however, especially coming from an aging American. Later a guy from Oregon who lives in Ciudad Constitución came into the restaurant with lots of questions about where I came from and where I was going.

The road climbs up out of Mulegé. It was extremely hot when the mountains protected me from the wind. Not a cloud in the sky today. Later the road rejoined the coast and things cooled down. For about 15 kilometers I had the wind coming from 4 o'clock, not exactly at my back but it was my first day in the Baja with anything but a headwind so I was taking it. I went down a few roads looking for a campsite on the beach, my plan for the day was to just find a spot and take it easy, but everything I checked out didn't look appealing. The places were: San Bruno, San Lorenzo, and Dos Amigos beach... I can't recommend any of them. With nothing enticing on the horizon I decided to just go for Santa Rosalía so I could get some laundry done. As soon as I got into town I grabbed a hotel and dropped off my clothes (I hadn't done laundry since Guadalajara, I was certainly due). They had my clothes back to me in 2 hours. For dinner I gorged myself on steak tacos and quesadillas. The prices on the Baja are super high...