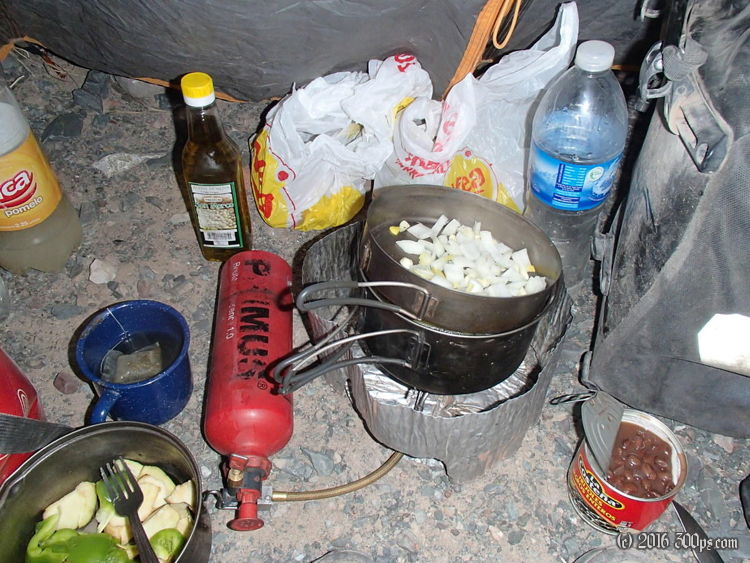 I got up late and went for coffee and croissants before packing up, savoring my last moments of city life for a while. I had done most of the re-organizing work last night so I took a shower, shaved, and threw everything on the bike. I said goodbye to the hostel owner and wasn't 10 meters from the door when a guy stopped me and started asking questions about the trip. He is a doctor; he told me about a Canadian couple who were touring but the woman was feeling ill; they were debating on cutting the trip short but he didn't know if they did. He seemed to think that the woman wasn't eating enough protein and therefore the altitude was adversely affecting her; he told her to eat steak! I love it, just what an Argentine doctor would prescribe: steak to cure all ills! We talked about Spain for a few minutes then it was time for me to get going.

I made it out of the city without any problems. The rest of the day was a continuous climb up Ruta 51 towards San Antonio de los Cobres. The road has a lot of traffic through fields and villas until Campo Quijoga when things died down. Just before the town I ran into Ruland (not sure how it's spelled), a fully-loaded Dutch cyclist on his way down from Paso Sico. We talked by the side of the road for a good half hour about the different places we had been. He had met the Dutch girls I ran into on my way to Salta from Cafayate. Ruland started from Columbia in August, doing Columbia, Ecuador, Peru, Bolivia, then a small stretch of Chile before coming over to Argentina on this pass. He was planning on getting a bus from Salta to Buenos Aires to get a plane home. His bike has 26 inch wheels, a Rohloff hub, and a dynamo with batteries to charge his devices. He said he had to wait for Rohloff parts in La Paz for a long time because the chain went after 9,000 kms. I'm not convinced on the Rohloff system precisely because of his situation getting parts, there is no hope of finding replacements for equipment like that if you're not in a big western city. Some people swear by it though. The idea is that the system is so solid that it won't need service for long stretches. 9,000 kilometers doesn't sound long enough to me to be worth the extra expense and hassle. We could have talked all day but I needed to get my butt in gear after this late start.

A few kilometers down the road the fields gave way to mountains and a river canyon. The pavement ends and the ripio starts soon thereafter. It's looking like desert again with sand and big cacti, but the weather was overcast, humid, and chilly; it looked like it was going to rain for most of the afternoon but it never did. I rode until about 7 then found a hidden spot next to the river and camped. Dinner came out excellent tonight.