Santa Marta to Río Mendihuaca: Heading to the beach 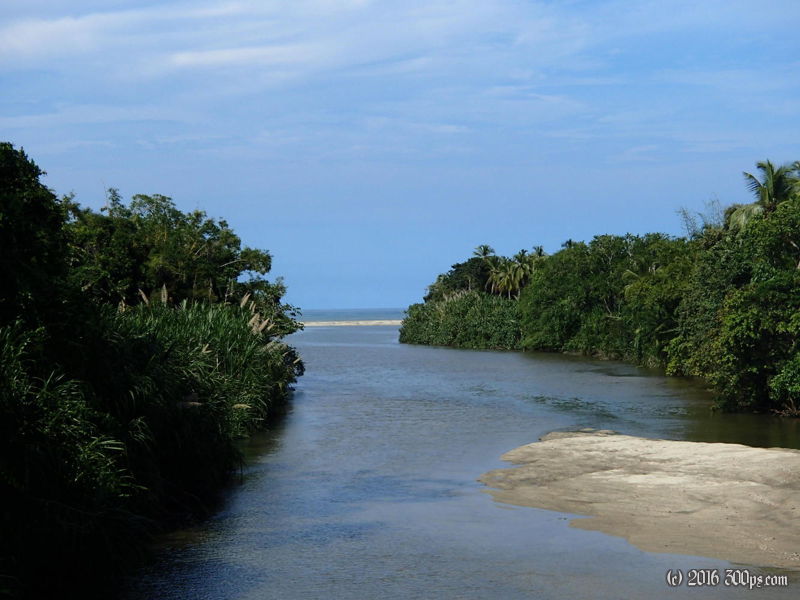 I've got some time to kill before my boat leaves from Cartagena to Panama so I decided to head up the coast from Santa Marta and check out the beach. I had originally planned to stay in the Parque Nacional Tayrona but when I arrived the guards told me I couldn't enter on a bicycle. One of them was acting like an asshole so I'm not sure if the bicycle prohibition is true; I was going to make a scene but decided to see what was further up the coast beforehand. I ended up finding a place called Casa Grande that has camping on the beach for 6 dollars/night. It looked nice and quiet which was what I was looking for; I ended up staying there for 3 days and never went back to the park.

My stay consisted of eating, swimming, and sleeping. I even tried surfing (not successfully...) I rented a board for a half day but ended up returning it after an hour in which I swallowed a half-liter of sea water and generally got beat up by the waves. Surfing is not as easy as it looks!