Puyuhuapi to 3kms north of Palena border: The sun came out! 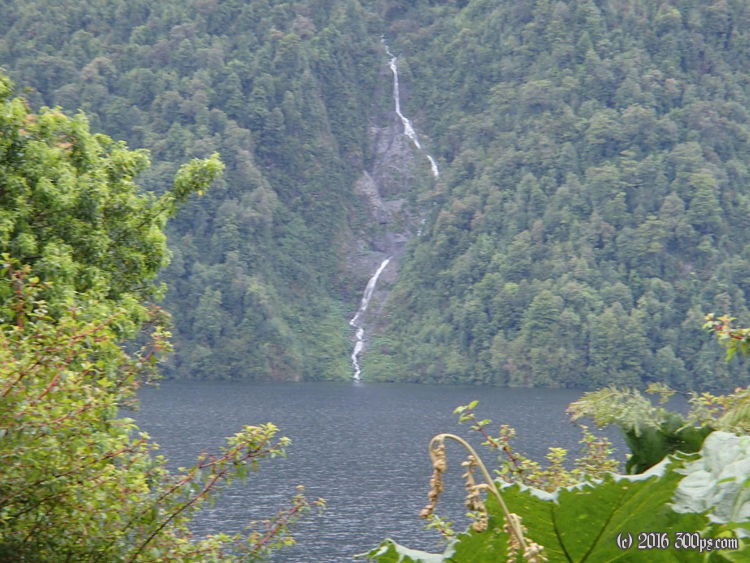 It rained hard in the morning. I spent a while fiddling with my stuff, in denial that I would soon have to leave the hospedaje. I lubed up the chain, I'm oiling it every day in this weather. Some links are already showing some rust. I should have wiped it down when I knew the bike would be inside all night. In the end I got motivated, loaded up the bike, and went down the street to buy some junk food and pasta. They didn't have any avena so I would have to look for it in La Junta. Had a breakfast of hockey puck bread with Nutella. Chilenos love these bland bread/biscuit type things; I confess that I don't get it.

It rained for the first hour or so of the ride. Then it just drizzled for a while, then poured, then drizzled again. Like this until about 4 o'clock when things started to brighten. By La Junta there was actually some blue sky! At La Junta, a small town about the same size as Puyuhuapi, I found avena (oatmeal). As I was leaving the store a cyclist called out from across the street. They were a young Polish couple who have been on the road for a while, starting in Santiago then going to Bolivia and down through Argentina. They are on their way to Ushuai before flying out of Buenos Aires. I spoke to them for about 20 minutes about different places on the way and the difficulty of getting parts for 700c wheels. They shared some hot tea with me which was brilliant at that moment.

On my way out of town the sun actually came out! I assumed it would be fleeting, but after a half hour I got religion and stopped to put some sun screen on. First time I've used sun screen since I arrived in Chile. I continued for another 30 kilometers until I passed the Aysén/Chaitén provincial border, then I started looking for a camping spot. It wasn't easy to find one because the area was quite swampy. Eventually I found a path heading up off the road and camped in the middle of it. Made a nice dinner.

As I look at the stats for the day it was a sneaky 1100 meter climb day. There were no big hills or passes today but it was constant up and down, which in the end adds up to a significant amount of climbing.