Cárdenas to 20 kilometers east of Minatitlán: Bring it on 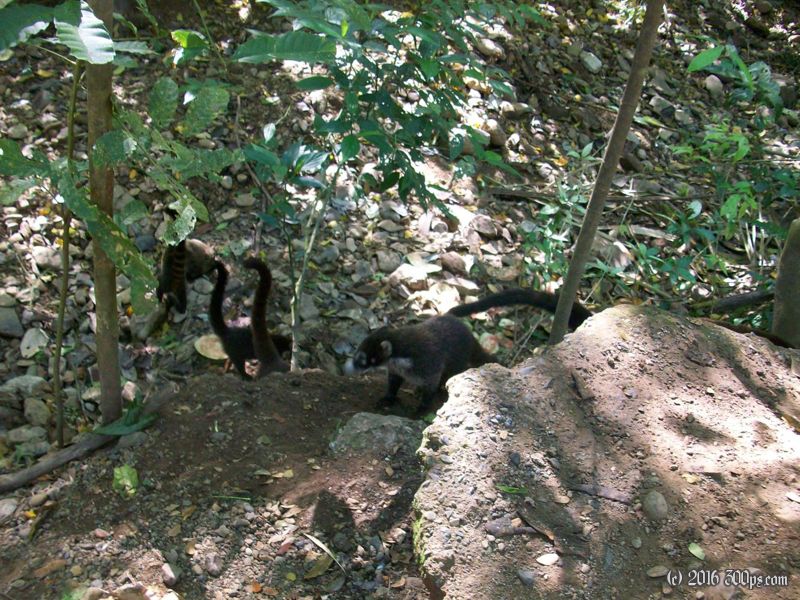 I didn't get much sleep overnight due to an attack by some kind of insect in my hotel room. I never did see anything so I don't know what it was, fleas maybe, but they were brutal. Last night's tacos weren't sitting well either so it was a tough morning.

There was a light drizzle as I was leaving Cárdenas that slowly ramped up to a steady rain which lasted most of the day. By 11am I was good and soaked with the help of the spray from tractor-trailers passing me. I had steady headwinds to boot; I just put my head down and ground it out. I knew that it would be tough to reach Minatitlán with the headwinds but when the road went from flat to hilly I knew there was no chance I would get there. I started looking out for camping possibilities around 4:30. At 5 I spied a hole in the fence that would let me get into some woods. I found a spot, dragged the bike in, set up camp, and was making dinner when I heard a bunch of rustling in the brush. I could see long, thin stalks waving around through the bushes; my first thought was that they were cobras but Mexico doesn’t have such snakes. Then I realized that they were coatís, a cousin of the raccoon. I’ve seen them a few times before in Central America. They are really funny how they all move together through the woods, keeping track of each other by their upright tails.

After dinner it was an early night to bed in the tent.