35 kms south of Constitución to Duao: More coast and I finally found all the tourists 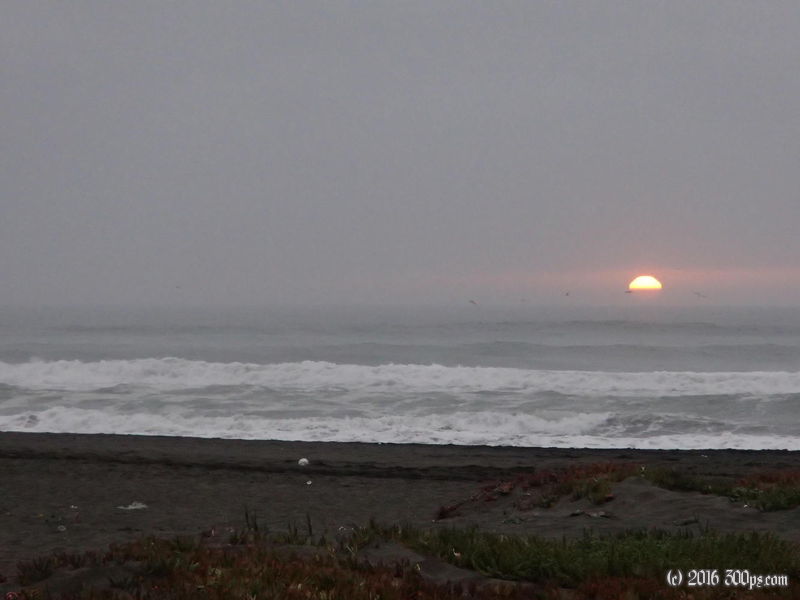 I could hear the logging trucks coming into the pine plantation early. Since I have come down from the mountains in Antuco there have been endless pine plantations, with the occasional eucalyptus plantation. This means lots of logging trucks. They have been good to me though, always giving me space when they can and many beep and wave. The danger on this road is from people trying to pass in the other direction. A number of times people have pulled out to pass, even though they can see me coming in the other direction, forcing me off the road. Very annoying. I've taken to flipping them the bird.

Today the ocean was winning the sun/fog battle. I never put on any sunscreen. More climbing in the morning until I came down into Constitución. They are working on the road into town, it's one lane with alternating traffic. The woman stopping traffic at one section said she would let me go ahead but she didn't want anything to happen to my pretty eyes... *Blush*...

It's a pretty big city right on the ocean. I was just about out of money and was totally out of food so I took care of those two things first. I had had good luck with the Unimarc supermarkets but this one had nothing that I wanted. I ended up doing most of my shopping in a street market. Street vendors have much better vegetables here than the supermarkets, I even found some good chiles. I went to a pharmacy to replace my vanished razors and sunscreen and ending up talking to the pharmacist for a while about what I had seen in southern Chile. There was no free WiFi on the city plaza.

By the way my Argentine cellphone has mysteriously re-appeared. I thought I had lost it back in Bariloche. One would think that when one lives on a bicycle, one cannot lose things for weeks on end and then find them again, but so it is. Perhaps my razors and sunscreen will show up again someday.

On my way out of town a whole crew of motorcyclist beeped and waved coming in the other direction. They looked like they were on a long expedition. The road flattened out somewhat after Constitución but I picked up some strong headwinds so the speed remained the same. I just plugged away all afternoon, passing some nice stretches of beach at la Trinchera. Then came a junction with a road coming from the east and the traffic jumped through the roof. I didn't like the looks of it: lots of busses and city-looking types. Sure enough when I got to Lloca I realized that I had hit the tourist mother-load; so here is where they all are. This road has about 10 kms of burger stands, hosterías, hostales, go-cart tracks, karaoke places, and all the other trappings of cheesy beach tourism. The beach is awesome here, too bad there is so much crap to go with it. I was running out of steam, it was 7pm, and I knew I wasn't going to get to the end of this strip. I saw a campground right on the beach that didn't look too squished together, stopped and made dinner. I needed to charge everything up anyways. I can tell it will be an earplug night however.