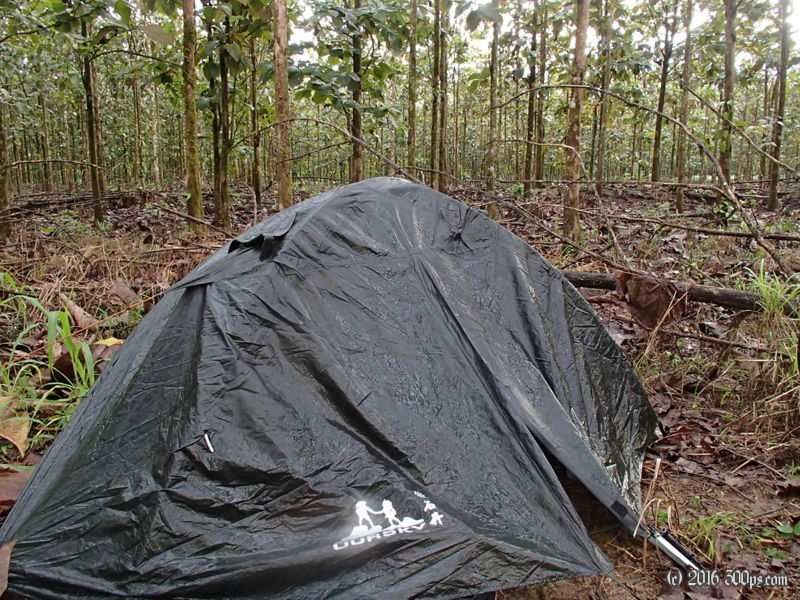 Last night I had a long chat with a Dutch girl who had been working for 4 months with street kids hooked on drugs in Honduras. They have no money for medications in the treatment centers so she set them up with a natural detox method using lime and garlic. I worked on a similar project in Buenos Aires for a year so we had lots of notes to compare.

I was out early this morning in search of some new pedals. The bearings in my old ones were on the verge of freezing up at any minute. I ran into some cops on bicycles who showed me the way to a bike shop. As I was pulling up to the store a bunch of drunk guys on the corner started yelling and pointing to the bike shop. One of them felt that this was so helpful that he deserved a 5 dollar tip. I told him to get lost but he followed me into the store where the owner told him to get lost as well. He left in a huff yelling a stream of obscenities. The store owner must have felt bad about his compatriot's behavior because he gave 30 percent off the price of the pedals and lent me the wrench to install them. It was a joy to ride the bike with new pedals; I hadn't realized just how sticky the old ones were until I had some new ones on there.

Back on the highway for another long day of Panamericana. The first 20k out of David were pretty rough with lots of traffic and a shoulder in bad shape. After that the shoulder got a lot better and I breezed to the border. An easy checkout of Panama was followed by an easy check-in to Costa Rica. I was the only one at the immigration window on both sides. The only unusual thing was that they took my picture leaving Panama. Strange that they would take my picture on the way out and not on the way in...

The only noticeable difference between Costa Rica and Panama on this road is that Costa Rica has less trash lying around. In Ciudad Neily I stopped at an ATM to withdraw some colones (500 and change to the dollar). I had some light rain off and on but nothing too bad. Around 5 I found a decent stealth camping site in a tree plantation behind some cellphone towers. As I was setting up it started pouring - it became a mad race to get everything set up and under cover before getting soaked. I lost. When I went to make dinner I discovered that my lighter was out of fluid. I had resolved not to get into this situation again when it happened to me in Ecuador yet here I was with no way to light the stove. I had ditched the pocket-rocket igniter I had used in this situation the last time to save space. I ended up getting the stove lit by taking the flint out of the lighter and jury rigging it to get enough spark to make the gasoline catch. This is easier done with white gas, it's more flammable. I had to open the valve on the stove a couple of times because the optimal chance for getting it lit is when it is being primed and thus has some fumes still floating in the air around the wick. Alls well that ends well. I will be buying a lighter in the morning.

A hot, muddy, and wet night ensued. Central America is turning out to be a tough place for stealth camping: difficult to find spots due to populated areas and fencing; lots of rain and resulting mud; tons of insects, and hot temperatures that barely drop at night. I haven't used my sleeping bag for over a month it has been so hot. I just keep my fleece jacket next to me for the brief spell in the morning when it cools down enough to need some kind of cover.