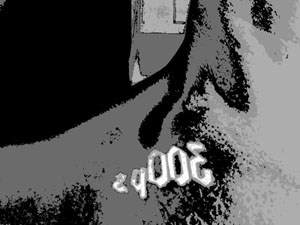 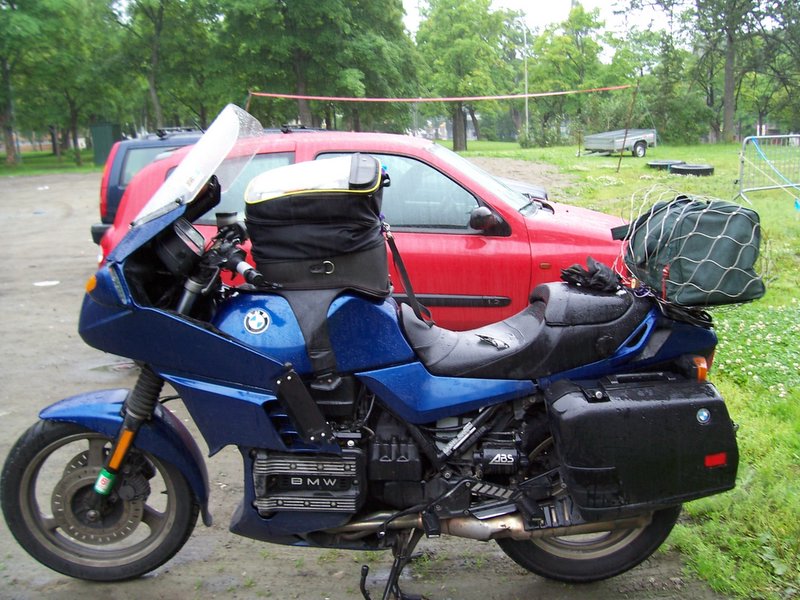 Purchased: winter of 2000 from someone in Vermont.

Sold: not yet, still going strong.

Greta has been my companion for the majority of my long motorcycle trips. When I bought her the rear drive unit splines were stripped and both the shaft and the drive unit had to be replaced. The only significant problem I've had since then was the starter died (at an innoportune moment, it began flaking out in Lafayette, Louisiana after I had driven down there from Boston, but I managed to get back to Boston by banging on it every time I had to start the motorcycle). 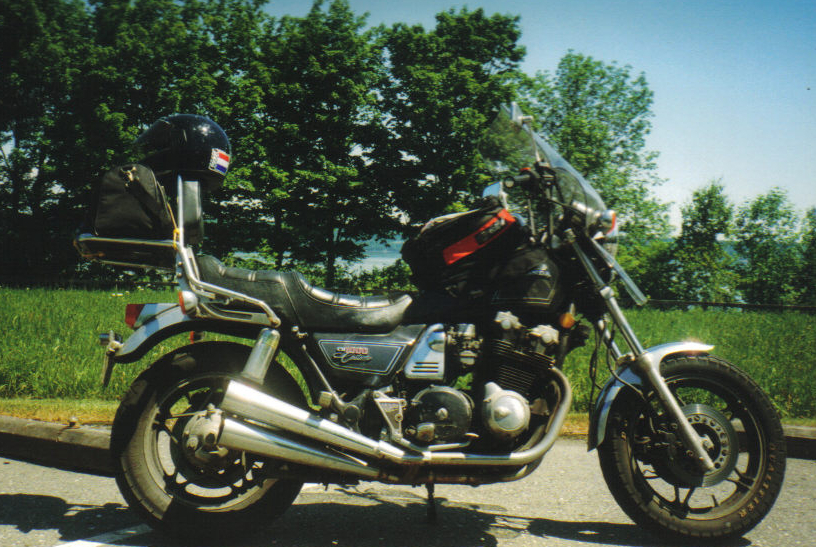 Never had a nickname for this one

An unusual design, this bike had a split transmission with 5 low and 5 high. Not sure why they did that, I never found it particularly useful on a street bike; I just left it in high all the time. Shaft drive, straight four, carburated. A decent motorycycle but what can I say, it was a Honda. Above 100mph it would start shimying. I wasn't terribly sad the day I sold it (particularly since I sold it for exactly the same amount I bought it for, 15,000 miles later.) 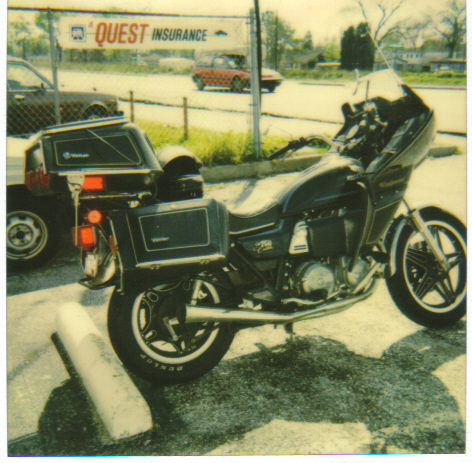 This thing was fast. Even faster than the cb1000. It had a power band that was pure joy to hit. I bought this bike from a guy who had driven it down from Minnesota. I only had it for a year, selling it to finance my plane ticket to France when I moved from New Orleans. It was my transportation, lots of commuting miles from Uptown to the French Quarter plus a few short trips around Louisiana and the Gulf Coast. The only picture I have is this Polaroid taken by the insurance agent (yikes I'm getting old...)