Unchartered territory for me. And no, I won't be visiting Cedar Point. 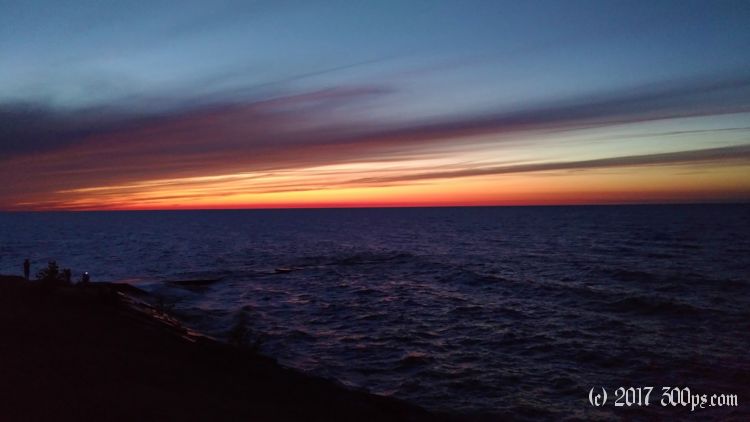 Time to move on. I'm up early to pack (which seems to take longer with the motorcycle than the bicycle), then I head west on a twisty road that takes me out of the national forest and into more rural Pennsylvania.

I stop in a city on a river to have breakfast. I ride around town a few times but can't find any other than McDonald's which is depressing... but it's food. It seems to be the place in town where all the retirees hang out.

I ride through Cleveland because, well, I've never been to Cleveland. I find myself in some pretty sketchy neighborhoods. A last look at the lakefront area with the Rock and Roll Hall of Fame then I hop on the highway heading east.

I get a motel in a place called Amherst. I've got plans on doing laundry so this will make it easier. At night I ride down to Lake Erie to see what's going on... it is July 4th after all. I meet some motorcyclists on the beach. All Harley riders, not a helmet among them. Another state with no helmet law. They have lots of recommendations of where to go, the one I like the best is the western side of Michigan along Lake Michigan. That sounds promising. I'll pass on their insistence that I go to Cedar Point, some kind of amusement park with apparently awesome roller coasters on the shores of Lake Erie farther west from here.

It may be a holiday but I'm still in bed pretty early. I'm psyched to get a night's sleep in a bed after a couple of days of camping.