Cascade River: hanging out to camp, hike, and try to find that moose 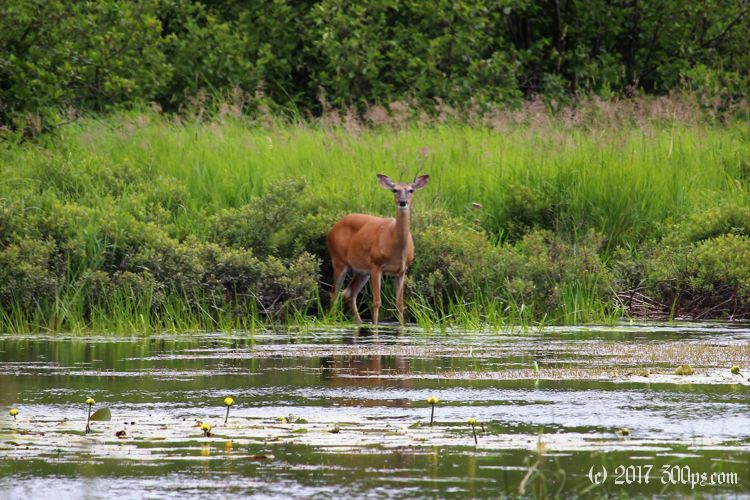 I'm hanging out here for a few days to rest, hike, camp -- basically enjoy the back woods for a while. I occasionaly make the white-knuckly gravel drive into Grand Marais to shop for supplies, get a coffee, and get on the internet.

I bushwack around in the woods between the spot on the road where I saw the moose and the river. I find a number of signs that he is around: scat, a bed he made laying down in tall brush, tracks... but I don't see him again.

A few other campers come and go in the campground but I'm mostly alone. I chat with a guy and his kids from Minnesota who are on a fishing trip. I get to shoot one of the kid's Co2 BB guns. Those things are surprisingly powerful.

On one of my trips into town to get coffee I meet Dan, a southern Vermonter who has ridden his K100 to the west coast and is now on his way back, headed up through Thunder Bay to take the Canadian route. He is mostly camping. He has been across the country a number of times on various bikes; the first time was in 1967 on a Suzuki 250cc. He took route 66 most of the way. Back then he said he was something of a star... not many people were making that cross-country trip on a motorcycle and everyone wanted to talk to him. Nice to see a fellow New Englander. I actually bought Greta from someone in southern Vermont close to where Dan is from.

Stats for the bushwack (Strava data):