He says he always recognizes the BMW's when the pass his truck because they are "on a rail", unlike the Hondas or the Harleys that get buffeted around by he wind. I know what he means... 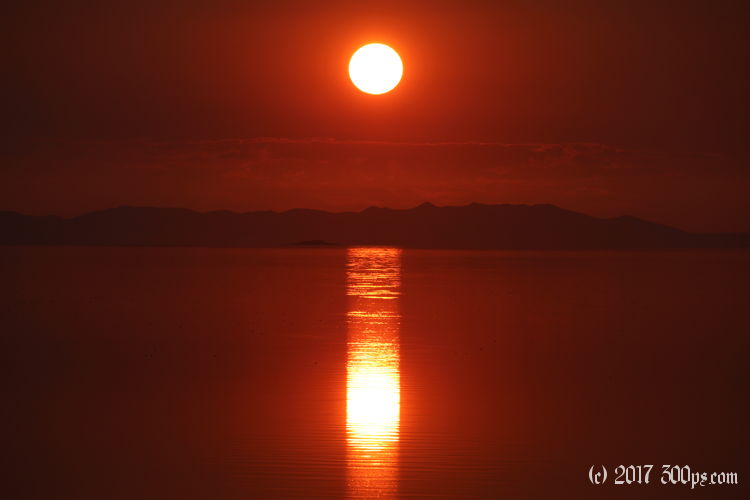 Over the course of the last couple days I occasionally stopped at the motorcycle to pick up something I didn't pack in with me. End result is I've got way too much stuff down at the camp, I have a slog ahead of me to pack it all out in one shot. It's only about a mile but it gains maybe 6 or 7 hundred feet of altitude in that span. I struggle up it in the heat with my heavy pack and both hands full with the stuff I couldn't fit on my back.

I stop at the visitor center just to let them know I'm leaving. I don't think they were expecting me to check out but might as well since I was heading past them anyways.

So where to go today? I stop at the gas station in Almo I filled up at on the way in for a coffee. I look over the map, I'm close to Utah, might be time to tackle that long-awaited state. I head down 81, a hot and flat blue highway that will take me across the state line. Other than a few passing manoeuvres and a stop for pictures of the welcome signs, it goes fast.

I end up on the interstate in Utah. A stop for gas and a conversation with a trucker: he used to have an R-bike with K-bike fairing, he wants to know if I have any use for a headlamp glass that he's been holding on to for years. Mine is still in good shape so I decline. He says he always recognizes the BMW's when the pass his truck because they are "on a rail", unlike the Hondas or the Harleys that get buffeted around by he wind. I know what he means. I had three Hondas and all of them scared the shit out of me at high speed because they were so unstable. Not Greta. Like he says, she rides on a rail.

I stop at a Utah vistor center for a couple of brochures. I flip through them at a picnic table and decide on a visit to Great Salt Lake. I've never seen it before and it looks like Antelope Island could be interesting. It's a state park with campgrounds and trails. I stop in Ogden for supplies, ride out on the causeway to the island, pay 15 dollars at the guard station for an entrance fee and a campsite. The girl assins me a site... I'm skeptical of that, I wish I could go check it out first and pick my own, but it turns out to be quite a nice spot overlooking the "beach" and the lake. The campground has no water though. I ride over to a little beachfront snack bar and fill up from their hose. After dinner it's time to explore the lake.