Nordhouse Dunes: A long hike through the dunes 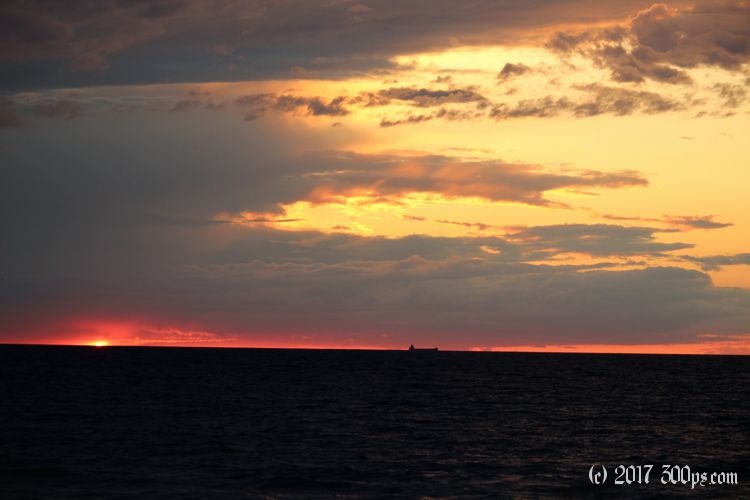 After a cold breakfast of ham and cheese in a tortilla (and packing a lunch of same), I head for the dunes. There are trails running off into the woods but I just stick to the beach to start, moving south.

The colors of the water could be from some tropical paradise: bright blue, green, and turquoise.

Back at the campground I need to collect wood. I bring along the motorcycle with some straps, head a half mile up the road from the campground to an area that hasn't already been picked over by campers. There's no shortage of wood laying in the forest but it takes some work to break it up with nothing to use but a pair of closely-growing trees to use as a vice to crack the wood. I stack Greta's back rack with what I've collected and strap it down with bungee cords. I get some strange looks from people driving by...what? Never seen a motorcycle carry wood before?

I'm determined to see the sunset tonight so I light the fire and cook dinner early. It gets dark around 9:30 here, still in the Eastern timezone but that's about an hour and a half later than Boston; I suppose it's later because I'm near the western edge of the timezone.

As I walk down towards the beach I run into a guy dragging a bunch of gear through the woods on a snow sled. I ask him what he's up to, he says he's camped on the beach. We get to talking and he invites me to his campsite for a dinner (dinner number 2) of steak and potatoes. His name is Steve, late 50's, from about an hour away by car. He's been camped down here for a while. He invites me to come down and camp next to him tomorrow night, it's free on the beach. I might take him up on that.

The sunset doesn't disappoint. The clouds and colors are striking, but they announce what looks like some incoming thunderstorms.

I stoke up the fire when I get back to my campsite and enjoy a tea before bed. The thunderstorms arrive around 10:30; it pours with thunder, lightening, and wind but I'm so tired it only briefly wakes me up. I wandered a good 8 miles or so on foot today.