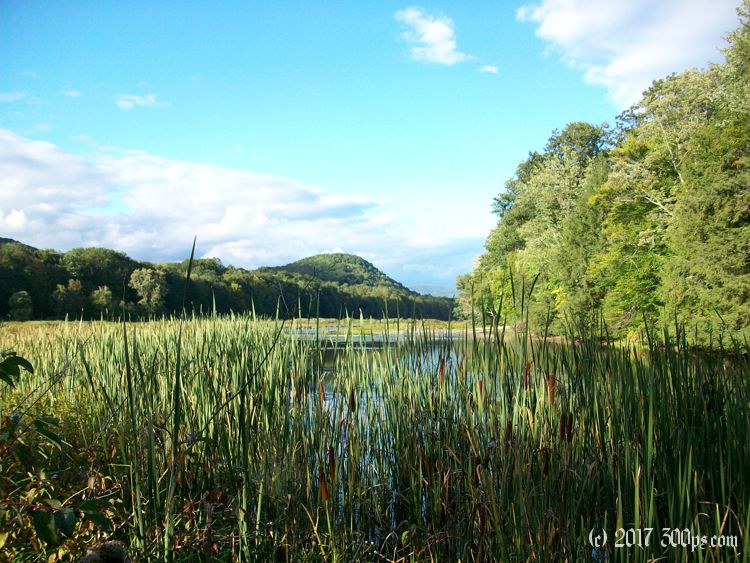 Late last night something was sniffing around my campsite in the rain. I tried to ignore it but it clearly wanted into the tent and it wasn't giving up despite me kicking the tent wall whenever it got too close. Okay, I wasn't going to be able to sleep with this going on. I got up, unzipped the atrium of the tent, and there he was poking his head through the flap.... skunk!!! The sight of that white stripe threw me into total panic. I had visions of myself and all of my possessions being covered in tenacious stench. I've had dogs that have been sprayed; it's not pretty. Fingers trembling, I slowly shooed him away and zipped the atrium flap back down. Then I said a few prayers. After a few minutes with no bomb going off I got back into the sleeping bag and tried to calm down enough to fall asleep. The skunk didn't bother me after that, although even his mere presence lent a putrid aftertaste to the air.

I wake up to another beautiful day. Apparently last night's rain was just a fast-moving storm. No one stops me when I ride out of the campground so it looks like I've been gifted a free night of camping. Not that it would be worth much, there are no services to speak of. At any rate it's nice to not be worried about being found in a stealth-camp for a night (skunks notwithstanding).

I spend a good chunk of the day following the East Branch of the Delaware River, which then turns into a big reservoir. There are signs everywhere saying that the area is protected watershed that supplies downstate-New York, no polluting, etcetera... It makes for a pretty ride. Some climbing here and there but nothing dramatic, the bicycle is riding well, just a pretty easy day in all.

The river eventually leads me to a small town called Hancock, NY. It looks like a place that has seen better days, with many closed storefronts. I really feel like a shower so I get a hotel room. I'm too tired to go out for dinner, I end up cooking in the motel room.