Globe to Tucson: Call for the captain ashore let me go home 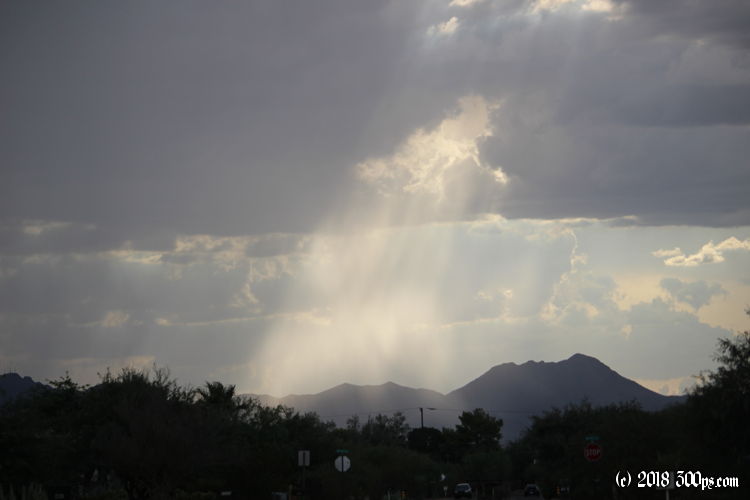 I'm not up and out terribly early. First stop is the coffee shop, then breakfast at a Mexican food place that I've been to before.

It's going to be another hot one. I sweat up the climb on 77, then the long downhill to Winkelman. I've got headwinds but nothing too dramatic. I reach some dangerous speeds going down this HC climb that I struggled up in the other direction last week.

I stop for water and a snack in Winkelman. Up until now I've mostly had a decent shoulder to ride on 77, but it's going to get worse on the way to Mammoth. On this section the shoulder has deep cracks every 5 feet that bounce me up and down like a pogo stick. I ride on the road unless there is a truck coming in the other direction that could create a suicide squeeze situation for someone coming up behind me. Experience tells me that American drivers will almost allways risk a dangerous pass rather than slowing down to wait for oncoming traffic to clear. It's absurd out here in the desert for drivers to not wait a couple of seconds since there is hardly any traffic, but that's the way people behave.

In Mammoth I get some more water and some ice at a Circle K. I've got another big climb up to Oracle, then it should be smooth sailing into Tucson, even with the unfavorable winds from the west.

When I round Mt Lemmon I can see that Tucson is having a stormy late afternoon. I get hit with a few drops but avoid the downpours. When I reach the bike path that will take me the last 20 miles to home I feel a big sense of relief. I'm tired. Not too tired to race down the south bank of the Rillito once that west wind starts pushing me along, though.

Almost sunset when I roll into my driveway. Another big day mileage-wise, but I have to say it's quite a bit easier on this light-weight touring set up. I enjoyed my first ever credit card tour but I did miss the camping. It would have taken me an awful lot longer to get to Albuquerque and back with a full load, however. You can't have it all...