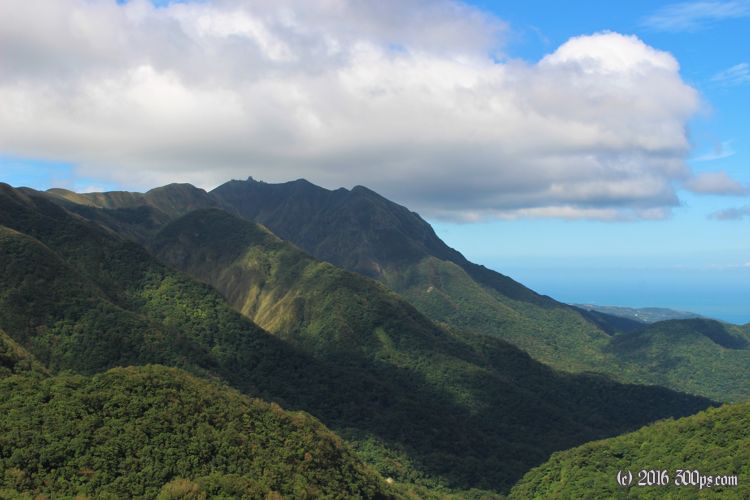 Despite the arrival of October, the heat is full-on. Maybe a little less humid but the baking sun makes up for it. I was poking around the web the other day and discovered some descriptions of riding over Yangmingshan Mountain to the north of Taipei. I've been over those mountains a few times on my way to Wanlin but these involved following more heavily-travelled roads that come out on the north coast farther to the east. I decide to give it a try.

Once I arrive at the beach I can either head east to Keelung then back up the Keelung River to Taipei or head west to Tamsui. I've already done the Keelung ride a bunch of times and I'm not thrilled at the prospect, but it's the wind that makes the final decision. I head west with a stiff breeze at my back, cruising at 35-40kph without much effort. I'm riding counter-clockwise around the north coast which will take me to Tamsui. From there I can get on the river bike paths which lead into Taipei.